Ten years ago, Senegal was taking a big decision concerning the conservation of fisheries biodiversity and the protection of their habitats. In 2004, at the World Parks Congress, the decision of creating 5 MPAs (Marine Protected Areas) was a persistent idea throughout the congress recommendations.
After 10 years, an examination and evaluation of the created MPAs are worth their while, in the knowledge that Senegal is planning to create more MPAs along the coast. The 5 MPAs, Saint –Louis, Cayar, Joal-Fadiouth, Bamboung and Abéné have in common the Decree of Creation N° 2004-1408 of November 4th, 2004.
Apart from that Decree, the existence of potential legal texts dealing with all protected areas in Senegal is not really relevant. Actually, various legal texts are applicable to MPAs such as:
– Law N°2001-01 of January 15th, 2001 relative to Environment Code
– Law N°2003-36 of November 12th, 2003 relative to the Mining Code
– Law N°98-32 of April 14th, 1998 relative to Marine Fisheries Code
– Law N°98-03 of January 08th, 1998 relative to Forestry Code
At the beginning, the impact of these was not controlled, but now that the benefits of having protected areas have been proven, why not have an adequate legal context for MPAs before creating new ones?
They are already considered as conservation and management tools for the protection of the biodiversity and habitats, instead of using them for prohibition of fishing in certain areas along the coast – why not improve their role?
A focus group directed during the month of July 2014 in the MPA of Bamboung reveals that fishers are not comfortable with the idea of prohibiting fishing in the zone. This is to be expected, considering the fact that in almost 14 villages, lives have been affected by that restriction. Closing an area for fishing to preserve biodiversity and help manage resources is a relevant consideration, but not at the expense of coastal populations.
The first five MPAs were created without any preliminary work including an Environmental Impact Assessment, without an adequate research and a feasibility study, but now it could be different.
Countries such as Guinea Bissau and Cape Verde have already adopted specific law applicable to marine protected areas; Senegal could be the next country to adopt that kind of law. 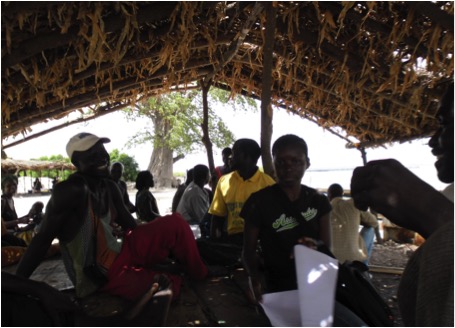