1)   The subscription business model: this is accomplished through most CSFs requiring individuals to pay up front for the upcoming year. This can be accomplished in multiple ways, however, but commonly requires a payment upfront.

2)   Supporting local fishermen (farmers): where CSAs sought to support local farmers directly, CSFs merely extend this concept into the realm of fishermen.  This is an especially effective concept for marketing as it not only supports a specific individual instead of a shopping mart or similar, it also is regularly used to market the CSF’s catch as being organic/environmentally sustainable. 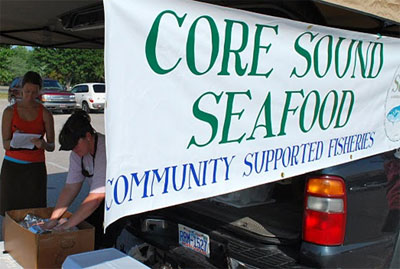 We have been working on developing a legal source for CSFs internally, and from this work I have begun to wonder whether the concept can be exported outside of North America and Europe. To date, there have been zero non-developed country CSFs that I have been able to find, and more talk about how it could be exported to the rest of the world than actual success.

CSFs, for better or worse, have tended to rely upon the subscription model with the bulk, or entirety, of the payment up front. This requires there to be sufficient liquid capital in the hands of consumers for this purchase to be made. In areas that are live far more month-to-month, this lump sum represents an insurmountable problem. Though it is possible for this to be addressed through alternative payment schemes and the like, it remains a problem of economics and an inability to pay.

In addition, there are problems regarding shifting the burden of risk to those who lack of the financial reserves that many of us in the developed world have. Specifically, the CSF model shifts the financial risk from the fisherman to the consumer. Within a predictable legal system that is relatively accessible to the common person, the shifting of a burden of risk is relatively small. Though social norms can also manage this problem, there may be concerns about giving away finances prior to receiving a good or service. Enforcing subscription contracts of this type have only recently become widely successful around the developed world, reflecting changing attitudes towards this type of system.

The other key aspect is the support of local fishermen. The CSF system, from an economic perspective, utilizes this as, essentially, a luxury good.[1] This type of luxury may not only be of limited interest to developing countries and communities, it may already be the way of life. Many small communities, particularly in areas like the South China Sea and coastal Africa, often have the locals doing much of the fishing to support the local area. In addition, individuals often rely upon fish stocks as an ad hoc social safety net when finances or food is scarce. Supporting local fishers, as a result, is a luxury good that may be without a market there.

[1] Note, this is not to say that it is not a moral good, merely from an economics perspective this is a luxury good.