Julie Girling is the Conservative MEP for South West England and Gibraltar. She currently serves as the European Conservatives and Reformists Group Coordinator for the Committee on Environment, Public Health and Food Safety, and also sits on the Committees on Agriculture and Women’s Rights. In the last parliamentary mandate she also sat on the Committee on Fisheries, and worked on key elements of fisheries and agriculture reform. – www.juliegirling.com. 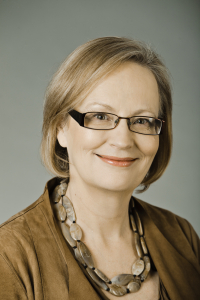 As the post-election dust settles and the MEPs of the 8th Legislature take their seats, it is a good opportunity to reflect on the successes of the last mandate.

I would argue that one of the real success stories of the last mandate was the reform of the Common Fisheries Policy. It was almost universally acknowledged that the Common Fisheries Policy had been a disaster, leading to overfishing and unacceptable levels of discards. When “reform” was promised, I think few believed that the EU would really be able to deliver – I admit myself that I was sceptical. With large Member States such as France and Spain having such vested interests in the status quo, it seemed unlikely that any ambitious proposals would succeed.

I am glad to say that my concerns were unfounded. The final deal which was reached after years of intense negotiations between the European Parliament and Council delivered on promises to ban on the wasteful practice of discarding edible fish, to introduce legally binding targets for fishing at sustainable levels, and to ensure greater regional control allowing Member States to choose the measures appropriate to their fisheries. I am proud to say that the quality of the final deal was in no small part due to ambitious demands from myself and like-minded MEPs in the European Parliament, which forced the less ambitious Member States to compromise.

Of course, having set out the aims and targets in the new legislation, the huge task of implementation must be undertaken. The European institutions must be open and flexible in finding ways to make these proposals work; we are asking a lot of the fishing industry and me must be prepared to do our part also.

The financial pillar of CFP reform – the European Maritime and Fisheries Fund (EMFF) – was also agreed during the last mandate, and included similarly ambitious calls for more EU funds to be spent on research and data collection, control and enforcement, and on new equipment and training to enable fishermen to comply with the requirements of the reformed CFP. This agreement was worlds away from the previous fund (the European Fisheries Fund) which allowed for crippling subsidies which only served to contribute to overcapacity and overfishing.

I think that all of those who were involved in such negotiations should be extremely proud, as we have set an example to both policy-makers and citizens that reform is possible. Hopefully such a lesson will inspire the new Parliament and Commission to pursue ambitious and meaningful change across other policy areas.

As the new mandate starts, I wish every success to the new Chairman of the Fisheries Committee, Mr Alain Cadec. I worked closely with Mr Cadec and his office on the EMFF, and despite not always seeing eye-to-eye, we were able to find constructive solutions together. He and his committee will be faced with many challenges. Most notable of these is the so-called “Omnibus” proposal which seeks to make legislative changes to ensure the smooth implementation of the landing obligation from 1 January 2015. Of course, the real benefits of CFP reform will be seen in its implementation, and we need to ensure that the ambitious targets agreed are deliverable; otherwise the agreement on paper means nothing. Therefore this “Omnibus” proposal will be essential in ensuring that from 1 January 2015 the discard ban will be fully applicable across the EU. I shall be following these developments very closely.

Unfortunately, following a post-election “reshuffle”, I shall no longer be serving as a member of the European Parliament’s Fisheries Committee. However, I will continue to follow all issues affecting South West Fishermen, and take an active role where necessary.