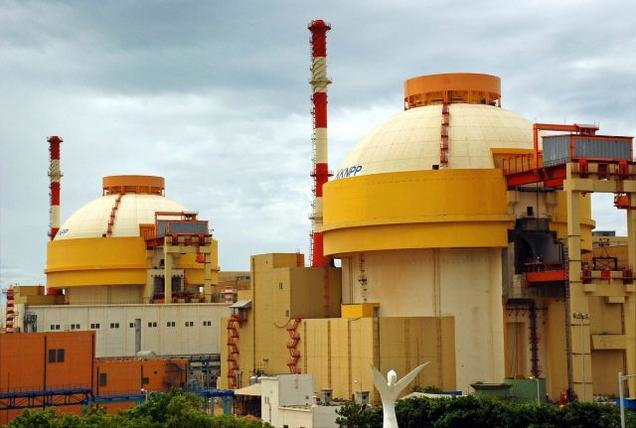 One of the negative consequences of the technological and industrial revolution that has become more and more evident with time, is its potential to harm our environment if not in safe hands. Although a friendly relationship between these two can exist. Factually speaking the fault does not lie with the scientific developments taking place all around the world but with the sense of values in the contemporary world that ignores the rights of others and is oblivious of the longer perspective.[1]

The energy crisis is all over the world and the time has come when humans have to look for alternative sources of energy as soon as possible. In this context, nuclear power can really solve numerous problems as it is clean, safe, reliable, competitive and capable of replacing significant parts of fossil fuels like charcoal, gas, oil etc. But this so called nuclear power that is being seen as a solution comes with immense responsibilities and duties that are unfortunately overlooked. The unfortunate events that occurred at Three Miles Island Power Plant USA, Chernobyl, Ukraine, Fukoshima Japan and Union Carbide, India are few of the examples where nature paid a huge price for insensitivity and recklessness on the part of mankind.[2]

India is currently handling 20 nuclear power plants in different parts of the country. Basically in India, the constituent assembly discussed the formal legal framework in order to regulate atomic energy in the year 1948 and a legislation named as the Atomic Energy Act 1948 was enacted. This act paved way for the creation of the Atomic Energy Commission (AEC) and Department Of Atomic Energy (DAE) in 1954. The AEC is the  apex body in the sector that provides directions over the policies created and reports to the Prime Minister Of India from time to time with regard to such policies. DEC on the other hand deals with the implementation of such policies. The Atomic Energy Act went through several amendments from time to time and several new provisions regarding safety and proper regulations were added.[3]

Our major concern and point of discussion is the Nuclear Power Plant that has been set up by the Indian Government at the south eastern tip of India at Kudankulam in the state of Tamil Nadu and its possibility of creating havoc for marine life and people residing and dependent on seafood for their survival.[4]

This Nuclear Power Plant has been opposed from the very beginning. The reason being its location near a biosphere reserve and the potential of this nuclear plant to cause damage to a very large extent. There have been a large number of questions posed by the environmentalists, native people and fisherman whose livelihood is very much dependent on the health of such areas. There are serious allegations questioning the environmental clearances from MOEF (Ministry of Environment And Forests) and TNPCB (Tamil Nadu Pollution Control Board) and unrestricted exemptions in several crucial issues.[5] Other than this there are questions regarding the liability in case such damage occurs and dumping of nuclear waste created in the process.[6]

Ever since this nuclear plant has come into emergence, it has been surrounded by numerous controversies and protests from the native people. The construction of this nuclear project and the subsequent working has been actively opposed by People Movement Against Nuclear Energy, fishermen and other people residing in the concerned area.[7] Their reasons are genuine. This nuclear plant is located nearby a biosphere reserve at the south eastern tip of India which is an important habitat to several living organisms.[8] Not only flora and fauna but huge numbers of fishermen are dependent on the natural surroundings for their survival. There is a rift between the two sectors namely the fishermen, native people and PMANE and the government on the important issue of nuclear power plant’s possible impact on the marine life, sea shore and lives of people residing there. While the government is completely confident about the safety and management of such a huge responsibility, PMANE and supporters lack faith in the government, reason being its past record at Bhopal Gas Tragedy  and numerous exemptions granted to this nuclear power project regarding the environmental clearances.

The Protesters further filed 2 PIL at Madras High Court and the Supreme Court Of India which unfortunately ended with few directions about the safety and management of the nuclear power plant but failed to provide any concrete relief to the unsatisfied mass of protestors.[9]

[4] The Nuclear power plant at Kudankulam is the result of an international agreement between India and Russia (then USSR) in the year 1988. However due to political reasons the construction of the project started quite late in 2002

[6] The project lacks at liability front as well. The Russian counterpart in this particular project is exempted from any major liability.