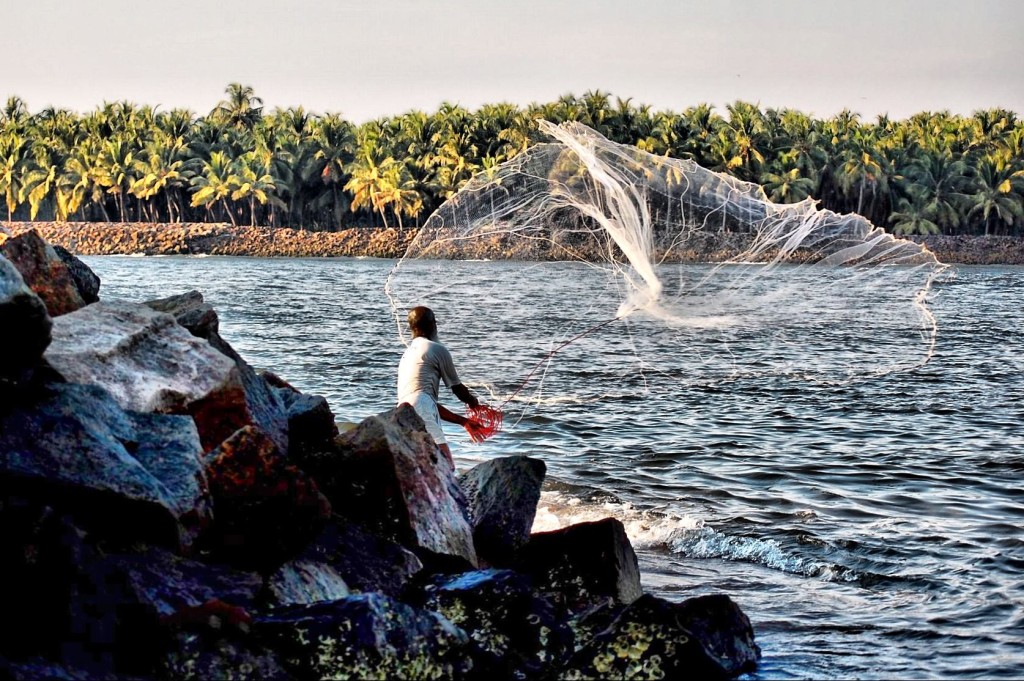 Kerala is one of the southernmost states of India, having a totalterrestrial area of 38000 km2 and a coastal line of around 590 km, which makes it a very important place from the point of view of fishing and related commercial activities. Factually speaking, this state is not only prime in making a significant contribution to the exports made by the country in this sector to cater international needs, but also provides employment to more than a million people, who come from traditional fishing communities living in 222 fishing villages in the state. Around 2 lakh people indulge in ancillary professions such as the processing and marketing of products that come out of fishing activity.[2] The recent indulgence of private companies who own sophisticated tactics and machinery for this purpose have taken the production quantity and quality to a higher level that has increased the concern and responsibilities of the respective government.

In order to understand how and in what manner fishing is regulated along the coastline of Kerala, it is very important to know about the concerned provisions of the Indian constitution. The Indian constitution basically advocates the decentralization of power and has therefore divided legislative powers among central and state government.[3] With regards to the fisheries sector, the central (federal) government has jurisdiction over fisheries in the EEZ while the state (provincial) government has jurisdiction over fisheries in territorial waters. Our concern here is regarding the territorial water that comes within the ambit of state government.

The approach of the Kerala State Govt. regarding the booming fisheries sector is very much reflected though a major act known as the Kerala Marine Fishing Regulation Act 1980.[4] Under this act the fisheries management is done through licensing, regulating mesh size, establishment of closed season, proper registration of vessel, use of a particular type of vessel, control over the activities performed by companies for fishing purpose, provisions regarding penalty and other adjudicatory powers with government officials appointed under this act. Other than this there is an ongoing procedure for formulation of committees from time to time to keep an eye over the recent changes being made in this sector and necessary improvements and changes that are being required.[5] There is also a draft fishing policy that has been put forward by the government of Kerala. This policy has been formulated in furtherance to the obligation undertaken by India due to being a member of the World Food Organisation and signatory to its announcement over Responsible and Integrated Fisheries Guidelines in 1995.[6] This policy clearly mentions the approach adopted by the Kerala government and the steps it is intending to make in the near future to reduce overexploitation, preventing any kind of excessive harm to the natural resources involved and reducing the clash of interest between traditional fishermen and companies through proper consultation with experts, trade union leaders and people’s representatives.

Since the 1980’s there have been several steps that have been undertaken by the government to bring several positive changes and ensure a better and smoother management of the fisheries sector in Kerala. Despite this, the education of traditional fishermen, reduced overexploitation of the fisheries sector, proper regulation of the activities of powerful companies indulged in this commercial activity, and proper implementation are still some of the more important issues that require urgent attention from the side of the government.

[4] The act is based on the draft bill by the Majumdar Committee, formulated by the government of India in 1976.

[5] The reference here is being made to the Babu Paul Committee that recommended an area of 2-3 sq. miles as fish sanctuary at important bar mouths i.e. needakada, cochin etc. and silas committee formulated in 1992 that recommended the demarcation of a separate zone as artisanal exclusive fishing zone and standardization of overpowered fishing gears like mini trawls etc.