By Marine Scotland, a Directorate of the Scottish Government. 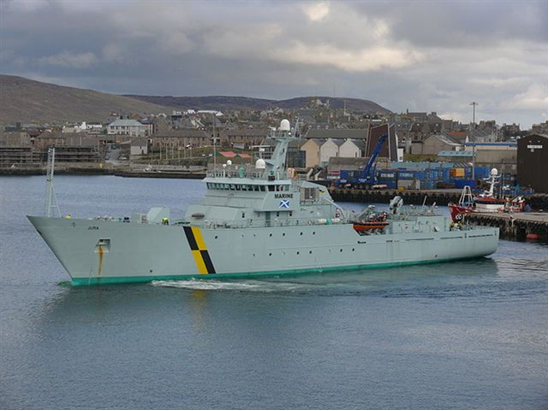 Scotland is among the largest sea fishing nations in Europe with Scottish fishing vessels landing around two thirds of the total fish caught in the United Kingdom.  The quota for fish stocks and all inshore fisheries within the 12 nautical mile limit is managed by Marine Scotland, a Directorate of the Scottish Government.  Marine Scotland is also responsible for controlling the activities of fishing vessels and fishing effort – which is days spent at sea – in waters around Scotland and Scottish vessels wherever they are.

Many of the fisheries of importance to Scotland are managed in an international context, mostly through the European Union’s (EU) Common Fisheries Policy.  This may be directly through Regulations made by institutions of the European Union, but in some cases these will be transposed into Scottish legislation.  Scotland has a different legal system to that of the rest of the UK, including the need for corroboration (i.e. a second source of evidence) in order to prosecute an alleged offender.  Examples of Scottish legislation, and information on how it is made, can be found on the Scottish Parliament’s website[1].

In addition to the legislation, there are a number of administrative mechanisms that Marine Scotland uses to manage the fishing activities of vessels around Scotland such as quotas, effort management and technical measures.  These include the Conservation Credits Scheme[2]; and the Fully Documented Fishery[3] (FDF) which is enforced by the use of remote electronic monitoring (CCTV in this instance) and sensor data on board fishing vessels that record all aspects of catch handling for those who participate in the scheme.  Scotland currently leads Europe in the use of FDF.  New trials with pelagic vessels were introduced last year ahead of the EU ban on discarding of species in pelagic fisheries from 1 January 2015.  Administrative – as opposed to criminal – sanctions may be applied for breaches of these mechanisms.

Effective monitoring and enforcement of marine and fishing laws is vital if we are to protect Scotland’s valuable marine areas and fisheries. These are protected through detection of breaches of fisheries regulations by monitoring and inspection both at sea and in ports; reporting as appropriate to the prosecuting authorities; and providing intelligence on fishing activity in the sea areas around Scotland.  These activities are undertaken by Marine Scotland Compliance, an arm of Marine Scotland dedicated to these functions.

To do this, Marine Scotland Compliance has a number of resources[4].  There are 18 area offices around the coast of Scotland and a headquarters function based in Edinburgh; there are in the region of 100 Compliance staff; there are three Marine Protection Vessels – the Jura, the Hirta and the Minna – and there are two patrol aircraft.  Staff of Marine Scotland Compliance also have a range of enforcement powers provided for them through UK and, particularly since devolution, Scottish legislation.

There are a number of mechanisms that Marine Scotland Compliance uses to enforce fishery laws.  These include the provision of information and advice to those suspected of breaching the law; issuing of warning letters to suspects; in some instances issuing Fixed Penalty Notices to suspects; and finally reporting the case directly to the Crown Office and Procurator Fiscal Service for consideration of prosecution.  If a case is prosecuted through the courts, both the Procurator Fiscal (the prosecutor) and the Sheriff have options open to them in terms of how to dispose of a case.

Further information on Marine Scotland, and its Compliance arm, can be found on the Scottish Government webpages[5].