From February 2012 to June 2013 I’ve conducted researches on IUU fishing in Senegal. The research aimed to give estimation to the IUU fishing catches, the species composition, the value and their impacts on national fisheries.

First of all, fisheries represent a lot for Senegal. 600 000 persons of the active population are working in the sector, fish consumption is about 72% of animal protein, and 450,000 t/year of landed fish.

As a new graduate at that time it was difficult to gather information about IUU knowing that for longest it was a topic that no one was talking about. Even if authorities know about its existence, an estimation of costs has never been asked.

Though there was no model of calculation, the first step was to gather information that could help build a model which takes in consideration reality of the ground means illegal activities. And talking of illegal activities means no one is aware of the existence of those activities, there’s no recording, there’s no proof only assumptions. Artisanal catches were not considered because almost everyone, I mean local experts were saying that all the artisanal catches were illegal and some of them are reported even if the misreporting rate was really low.

So I’ve spend months collecting information on AIS, radar system, with administrations, talking with authorities, conduct a survey, participate to multinational exercises on MDAs (Maritime Domain Awereness) and a the end with the help of some colleagues I’ve come up with a model describing IUU fishing catches in Senegal.

Here below, the picture of an IUU fishing vessel during AMLEP 2011 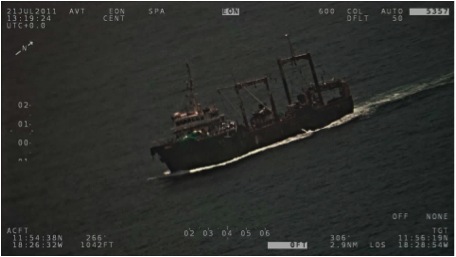 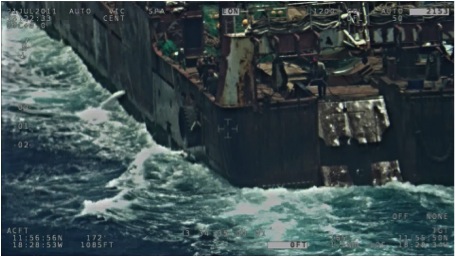